“REFLECTIONS OF A MISFIT”

As a new Christian, Patty questioned everything. What is or isn’t acceptable? What would she have to give up? What happens when she messes up? What are the rules?

The Bible is full of misfits, from Abraham to the prophets. Jesus was the ultimate misfit. The religious leaders of the day considered him a dangerous radical because he didn’t follow or preach their religious dogma. Fun, serious, heartwarming, surprising, and always honest, Patty invites you along on her very personal life as a misfit and believer. If you’re human, if you aren’t perfect, then you may be a misfit too.

“Upbeat and full of great insight. From the vast cosmos to the teeniest parts of the atom, from Greece to the Caribbean, through hardship and victory, from the perspective of an army “brat” growing up in Europe, a mom, and a grandmother, Patty tells of her life experience and her faith in Jesus Christ with a lot of energy.”

Jewel Adam’s special gifts forced her into a life of solitude as a young child, with only her parents as companions. Things change during her senior year in high school, when she discovers she’s not the only one with enhanced abilities.

Jewel, Sky Fletcher, her twin brother Pax, and Storm Ryder share more than the unusual shape and brilliant colors of their eyes. They have powers, and they share a destiny.

Are their powers enough to save the planet? Terra’s fate hangs in the balance. Will an ancient enmity between two star-systems cause them to fail? Are they willing to take the chance and risk their lives for mankind?

The girl of his dreams is missing. Pax, his sister Sky, and Storm race against time to find and free her, but when they do, will Jewel be his…or Storm’s?

Atlantis is a myth, or is it? In a city full of aliens, Jewel Adams discovers two factions, one planning to wipe out humans, and the other determined to fix our planet. Jewel must convince them all that Terra stands no chance unless she and her three friends are reunited.

In this exciting sequel to Terra’s Call, the four teens discover more mysteries in this world than any of them have dreamed of. They are about to meet some of those mysteries head-on.

When Sky and the others are needed in South America, they discover an evil alien zeroing in on her friend Jewel, putting her in danger of losing herself, the people she loves, and her world. How can they stop him?

In their search for answers, the teens find unlikely allies as strange as the interplanetary races they’ve already encountered. Will their combined efforts be enough to rescue Jewel from a fate that would doom the planet to self-destruct?

In this exciting sequel to Triton’s Call, more prophecies are revealed, but if even one of the four is unable to help, all hope is lost.

Troubled Storm won’t risk losing someone else he loves. He won’t let anyone in, especially Sky, who has a nasty habit of breaking through his defenses. Then he’s taken off-world, and everything changes.

Millions of artifacts spread throughout the globe need healing before the planet is safe, and only four teens can fix them. They must do the impossible, or Terra and another planet whose fate is entwined with ours will die.

A looming war threatens to end humanity. A vicious alien has marked Jewel as his own against her will and would destroy the planet to claim her. Pax would give his life to free her. If either is lost, so is Terra. If every sentient species inhabiting our planet can cooperate, Terra may still be doomed.

In this compelling conclusion of the Tetrasphere series, only one thing can save the planet now. Will they discover it in time?

“DEATH IN THE TRIANGLE” 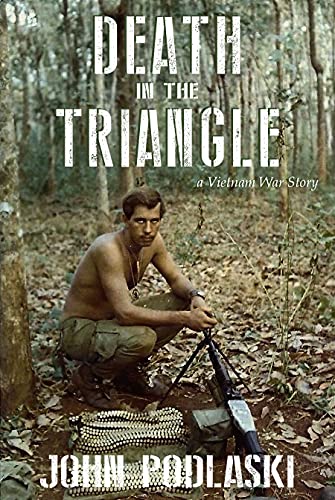 DEATH IN THE TRIANGLE is a sequel to “When Can I Stop Running?”. That was one hell of a night!
Only a couple of hours passed since returning to the firebase. Now, the sleep-deprived and weary First Platoon soldiers must go back out on another patrol. Last night, an enemy mortar team fired several rounds into the base and was soon silenced by return artillery fire. The Third Squad also ambushed a group of enemy soldiers leaving nine dead bodies on the trail before moving out to a new location. A thorough search of both areas may locate items overlooked in the dark. It was thought to be an easy patrol – two clicks out and two clicks back, so the brass expected their return before lunch. At least, that was the plan.

Many patrols during the Vietnam War did not quite go as planned and this was one of them. These soldiers soon found themselves in dire straits to satisfy their battalion commander’s thirst for body counts and fame. Will they all survive?

John Kowalski makes it home from the Vietnam War in one piece, and his battles are finally over. Or so he thought. Home for less than a week, John must defend his family from a pair of unwelcomed thugs hell-bent on revenge. 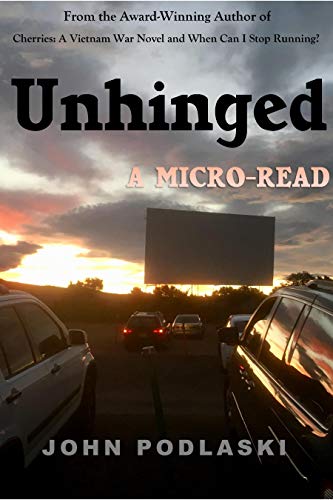 Two fourteen-year-old boys are offered a great first-time opportunity to watch a movie by themselves at a local drive-in theater. Little did they know that the movie would affect them in ways neither imagined nor will ever forget.

“WHEN CAN I STOP RUNNING?”

The year is 1970, and the story follows the two soldiers – impressionable Detroit teenagers – during their long night in a Listening Post (‘LP’), some 200 meters beyond the bunker line of the new firebase. Their assignment as a “human early warning system”, is to listen for enemy activity and forewarn the base of any potential dangers. As they were new to the “Iron Triangle” and its reputation, little did they know that units before them lost dozens of soldiers in this nightly high-risk task and referred to those assigned as “bait for the enemy” and “sacrificial lambs”.

Sitting in the pitch black tropical jungle – with visibility at less than two feet – John’s imagination takes hold throughout the agonizing night, and at times, transports him back to some of his most vivid childhood memories – innocent, but equally terrifying at the time.

As kids, we instinctively run as fast as we can to escape imaginary or perceived danger, but as soldiers, men are trained to conquer their fears and develop the confidence to stand their ground and fight. Running is not an option. 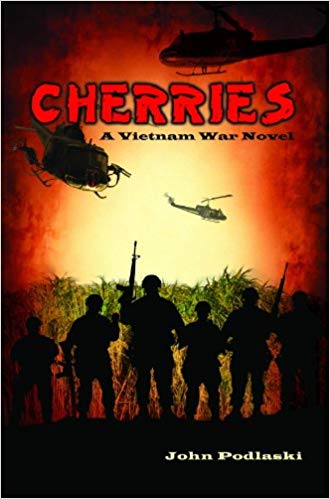 In 1970, John Kowalski is one of many young, naive teenage soldiers sent to Vietnam to fight in an unpopular war. Dubbed “Cherries” by their more seasoned peers, these newbies suddenly found themselves thrust into the middle of a terrible nightmare. On-the-job-training is intense, however, most of these teenagers were hardly ready to absorb the harsh mental, emotional, and physical stress of war. When coming under enemy fire and witnessing death first-hand, a life changing transition begins…one that can’t be reversed.