A companion scene from ‘Tails’, 1st in the Silver Wishes Series.

Matilda sighed. Laughter and singing drifted through the open wagon door. Nerrick’s pipes whistled with lively rhythms. Hands clapped. Feet tapped. The caravan shook as the gypsies outside jigged around the campfire. Tilly no longer danced. The emotional scars of a year ago still fresh in her mind.

Her grandmother always declared Tilly’s free-spiritedness would cause strife and she’d shepherded bad tempered mules less stubborn than her granddaughter. Despite all the gypsies’ warnings about the wizards Tilly had ventured into Calasia, ignoring the pact. Tears pooled in her lashes as she recalled bittersweet memories.

Did the three upturned cards on display indicate a change of circumstances? The High Priestess … the Star … the Chariot. A path of intuition, wishes and struggle lay before her. It was futile shuffling the deck again. The same spread being drawn three times in a row. Could she trust her instincts? Past events had not played out well, but then another’s obstinate will had been involved.

A squawk preceded her visitor and in a flurry of feathers a bird flew through the gap, skidding along the table in front of her, knocking the cards off. They cascaded to the floor. Sky blue wings flapped once more, his ginger tail feather almost colliding into the candle. The flames spluttered. The bird cocked his head at her, his black eyes gleaming as he asked in his sing-song voice, “Tilly dance?”

She shook her head and plucked up the fallen cards, placing them by her crystal ball. “No, Cronkite. I don’t feel like rejoicing.”

A shadow blocked her doorway, overhearing her last words. Faine didn’t wait for an invitation, but settled himself into the chair opposite Matilda. His peppered plait windblown and cheeks flushed. The scent of whiskey wafted off him like cologne, but his voice was steady. “It’s time you stopped grieving. Young women should dance and laugh.”

As the oldest gypsy in their band he could say things to her others wouldn’t dare, but her shattered heart wasn’t going to mend by wishing it so.

She lifted her chin and squared her shoulders. “I’m going back.”

“I’ve dreaded this day.” Faine held her gaze. “We can’t go with you. If we break the pact there would be widespread bloodshed. If you insist on returning, we will have to travel far away where they won’t follow. We can’t risk the children. You’d be on your own.” “

“My intention was always to go alone.” Her stance remained rigid.

“I suppose it’s pointless trying to talk you out of this madness?” Faine rubbed his hands down his face.

The bird ruffled his blue feathers and jiggled up and down. “Cronkite go.”

Blinking back tears Matilda smoothed his plummage. Faine reached over and clasped her hand. “Do you believe you can reverse what’s occurred?”

To learn more about Wendy:

NOVEMBER BOOK OF THE MONTH! 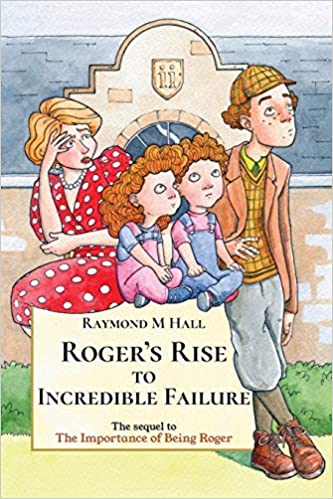