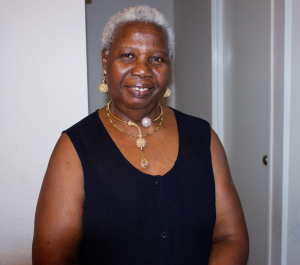 In the past, nobody would have taken notice of Iroko, the biggest and tallest tree in the forest. But then, cities started to grow and to eat into the forests. Trees were cut to make way for the growing cities. But the Iroko tree resisted being cut down. Any time an axe cut the tree, the axe either broke or the cut bled, real blood, and cries, ear piercing cries, like human cries were heard coming from the tree.

The stories surrounding Iroko were such that settlers decided to let it stand and the town grew all around and away from it. Things went on peacefully for a while, but soon it became clear that Iroko did not like the exposure it was getting from the people surrounding it. After all, this tree was the king of the forest, where both trees and animals revered it. Now, standing in the midst of humans, with no one paying it any heed, all of this would change very rapidly.

People, especially those living close to where Iroko stood, started reporting strange happenings around Iroko in the dead of night. Those who were bold enough to come out and watch these happenings, reported seeing dancing and merrymaking around Iroko by people they believed were spirit people. These spirit people went in and out of Iroko as if they were walking in and out of their homes. They sang and danced in merriment from twelve midnight until two in the morning, after which they packed up and walked back into the tree. Those who observed these goings-on, did so from afar and in hiding.

The story was told of a young boy who had the misfortune of being seen by these spirit people. He was taken and was never seen again. He had heard the stories of the happenings around Iroko, so that night he snuck out of his house and walked toward Iroko to take a closer look. Voices were heard warning him not to come closer, but he continued walking toward Iroko until he entered the sphere of the tree where everything turned grey. At that point, the boy lost control of himself and was pulled along until he disappeared in the mist and was seen no more.

The mother watched everything in hiding in paralyzed shock. The other people who watched in hiding were also mystified. They couldn’t believe their eyes, but they dared not allow themselves to be seen.

The next morning, the mother saw a huge striped cow tied to an orange tree in front of her house. The cow was chewing cud. The woman walked around the cow trying to understand how it came to be there. The town people also took notice and started gathering and questioning the presence of the cow. Out of nowhere, a young boy with only a loin cloth around his waist appeared and spoke to the onlookers.

Everyone there was seized with shock and they quickly dispersed. The woman cut the cow loose and started shooing it off from the front of her house, but the cow would not budge.

The woman started to weep and pleaded with Iroko to return her son and take back the cow.

“Iroko give me back my son and take your cow!” she implored. “I don’t want your cow!”

The next day, the woman saw the cow at the back of her house, peacefully lying down near her hearth and chewing cud. She ran out toward Iroko.

“If you won’t give me back my son, Iroko, take me too!” she screamed at the top of her voice. Iroko’s leaves started to rustle. Suddenly, the old woman in the hut materialized and stood between the woman and Iroko.

“Go back, Mama!” the old woman said. “What you seek cannot be done. Your son is gone, dead and Iroko has paid you in exchange for him. Go back or you will meet the same fate!”

The woman refused to be stopped. She pushed the old woman down, walked over her and continued to approach Iroko. By this time, people had started to gather and were watching. The woman threw herself at Iroko and just like magic, the onlookers saw sparks of light, like fireworks, all around the woman. They heard her screaming and shouting like someone roasting on a stake. When everything died down and the sparks were no more, the people saw that the woman had metamorphosed. The woman had changed into an animal, something that looked like a dog, or a goat. No one could really tell. The people dispersed but this time they all had one thought in their minds – that Iroko must go.

Iroko’s fame continued to grow even beyond the immediate town. The townspeople also became bolder. They consulted with diviner after diviner to find out how to get rid of Iroko. They tried everything, without any success … one attempt took the lives of twelve men. They tried to burn Iroko down, but the fire turned against them and burned them to death. One diviner suggested that the spirit of Iroko resided in the old woman who tended it, and that if the old woman was killed, Iroko would quietly and slowly die.

The townspeople burned the old woman’s hut down with the old woman in it. The next day, Iroko started taking souls. People started disappearing from their homes, both in broad daylight and at night while they slept.

Finally, an Iroko priest from a distant land told the people how to destroy Iroko.

“Humans should not fight Iroko,” he said. “They should appease Iroko. Iroko trees do not live amongst humans. Before you people started building your town, you should have appeased and pleaded with Iroko to leave your town. As you can see, Iroko was simply minding its own business, when you people decided to invade its privacy. Now you have to sacrifice to Iroko to appease it.”

The townspeople had to pay this priest to come to their town to perform all that was needed to appease Iroko. There is no need to list here all that Iroko demanded, which included the blood of virgins, before it was appeased. The morning after the ceremony by this priest was concluded, the people came out and watched as the inhabitants of Iroko exited one after the other and disappeared; the birds of various families, the giant ants, red and black, dark dangerous black snakes – all came out of Iroko hissing, grumbling, and then poof, like smoke disappeared. But the king of all the animals, a giant Eke python, refused to be dislodged. The people had to pump inflammatory liquid into Iroko and set the python on fire, to dislodge it. It came out rumbling, twisting, and floundering, until it, too, disappeared.

Finally, Iroko was cut down. Mystery upon mystery, not one single hole existed in the cut tree. It was intact with rings showing how many hundreds of years it had stood there.

Thank you for supporting this member along the WATCH “RWISA” WRITE Showcase Tour today!  We ask that if you have enjoyed this member’s writing, please visit their Author Profile on the RWISA site, where you can find more of their writing, along with their contact and social media links, if they’ve turned you into a fan.

We ask that you also check out their books in the RWISA  catalog.  Thanks again for your support and we hope that you will follow along each day of this amazing tour of talent by visiting the tour home page!  Don’t forget to click the link below to learn more about today’s profiled author:

FEBRUARY BOOK OF THE MONTH!